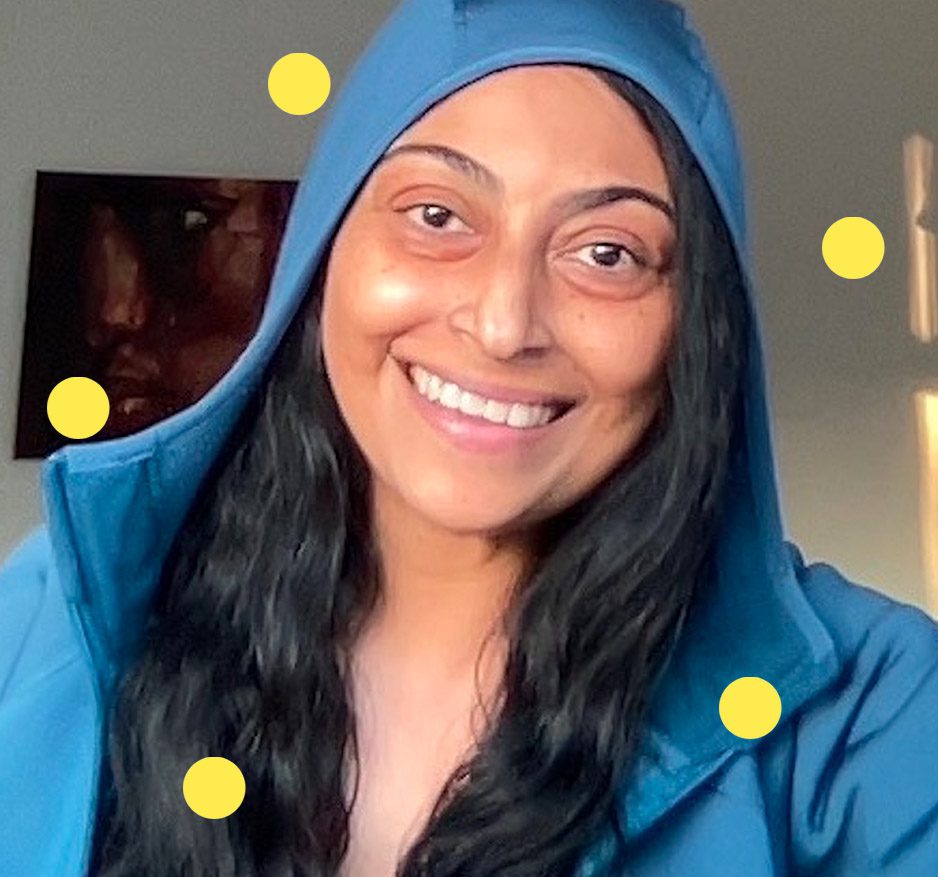 I live with vasculitis, a rare autoimmune condition involving inflammation of the blood vessels. It can result in a range of symptoms, affecting a number of different organs including damage to the internal organs, and it can mimic other diseases. Connecting the dots of vasculitis can be difficult, as the presentation of symptoms can be varied and vague, which is where diagnostic challenges arise.

On average, it can take 4-5 years to receive an accurate diagnosis of rare disease¹ and the time spent waiting for a diagnosis is not only difficult physically, but also mentally. In my case, I was training as a rheumatologist when I first started to experience symptoms, so it was a very strange experience for me to personally be going through the journey of the condition I was specialising in. I was treating patients with vasculitis and seeing their everyday struggles. And suddenly I was living it.

The hardest part for me, was the mental component of people not believing what I was trying to say. Many people assumed my symptoms were caused by stress or that I was attention seeking, which I found very emotionally challenging. I too, started to question myself ‘I am imagining’ all this? If there is something going on, why isn’t anyone listening to me or believing in what I am saying. That to me, was more distressing than my physical symptoms. I felt my integrity being questioned and my word meant nothing. And so, it went on for quite some time until the Autumn of 2011, when I started to experience more visual symptoms, such as facial palsy, followed by multiple foot drops, wrist drops and double incontinence, over a period of 6 months. I was then treated for possible secondary vasculitis. It was difficult not only experiencing the physical journey of my illness, but also the uncertainty that came surrounding my career, which ultimately, I had to step away from in 2012. This was a pivotal moment in my vasculitis journey, as at the time I had still not received a full diagnosis.

It took years to get on top of my management. I had further wrist drops, chest pains and episode of coughing up blood, with the intermittent appearance of toe lesions. It was in 2014, after, moving to different region and new hospital, with ‘out of the box thinking’ my management was changed and I was finally treated for Vasculitis – It was quite the transformation, to get on different treatments years later and become stable!

After leaving my career, I experienced a real loss of identity, I felt like I’d lost control of the direction my life was going in. The shift in dynamics involved, moving from a clinician to something in between and then to a patient proved to be a difficult and challenging transition. The switch I felt from physician to patient, made me feel like I wasn’t a person anymore. This led me to art, as I realised that while I couldn’t control what was happening with my condition, I could control what I create. My condition affected my hand function and mobility amongst other things, and I used a digital app to start drawing. The artistic experience allowed me to express and symbolize feelings about the illness. By drawing what my pain looked like – helped me to understand what was going on, how it affected me, how I perceived my pain and how it impacted my lifestyle. This resulted in a huge positive shift, helping me to focus on the things I can do, as opposed to fixating on what I couldn’t do.

My art has helped me gain control again and provided me with a clear sense of purpose. By putting a colour and shape to my pain in my art, it helped me create something tangible, which not only helped me deal with my condition, but also showed others what I was experiencing. To use art to find meaning to what I am going through, find purpose in sharing this experience with others and being able to somewhat cope with the lived experience is empowering. It certainly is empowering to have self-directed creations when majority of the time the illness is trying to disempower me.

My experience as a health care professional (HCP) made my diagnostic journey difficult, as I was a trainee at the time. This resulted in a strange dynamic between me and my consultant, as I spoke like a trainee and not a patient. However, my healthcare experience certainly helped me once I started undergoing treatment. My journey taught me the importance of strong patient and doctor communication, to bridge the gap of understanding to help reach an accurate diagnosis.

I think psychological support, from the time of symptom onset to diagnosis, is extremely important and is a shift I’d love to see in the community. I was in my early 30s when my journey began and the everyone around me supported me and gave me strength, but they weren’t experiencing the same thing as me. I think having a relatable and supportive network of people who understand what you’re going through is vital. Everyone with vasculitis will have a different experience, but we are all on a similar journey.

We don’t pay enough attention to the role of self-management when it comes to rare disease, as this is something that will stay with you for the rest of your life. When you leave the hospital, no one tells you what to do next, which leaves a lot of people feeling lost. Introducing things that people can do on top of drugs and therapy, which act as an outlet for people with rare disease, is so important. It would be amazing to have a network that helps, guides and most importantly listens to people living with rare disease.

I cannot emphasize enough the importance of selfcare. From my experience, adapting to find ways around limitations plays a central role in rebuilding confidence. Regaining a sense of control, a sense of purpose became a significant component that inspired forward movement with my life and work. Accepting change reframed my lived experience. Investing in self, knowing you have power over it, taking ownership and responsibility over your care, being accountable for your wellbeing plays a key role to better managing the lived experience.

WHO define health as ‘a state of complete physical, mental and social well-being and not merely the absence of disease or infirmity’. It’s not just about symptoms, it’s about improving quality of life…

I hope moving forward the general public realise that just because someone lives with a rare disease, it doesn’t mean they stop being a person. I want people to see the person for who they are.

Healthcare professionals are essential in diagnosing, treating, and supporting the 1 in 17 people affected by rare disease. That’s why we are inviting you to take part in Rare Disease 101*; a fast, free, online training programme to help keep rare disease front of mind.
*Rare Disease 101 was developed by Medics 4 Rare Diseases, who hold full editorial control of the content. Takeda regularly checks the content of Rare Disease 101, but has not been involved in its development or provided any editorial input. Healthcare professionals registering for and taking the training do so independently.
#IAmNumber17

This campaign is initiated and funded by Takeda and supported by: