I remember vividly the moment when a passenger got on the bus using a walking aid, saw me in a priority seat and angrily told me ‘you shouldn’t even be sat there – that seat is for people who need it.’ I had offered to move for them but that wasn’t enough, as a young person with no outward signs of illness, how could I have had a reason to use a priority seat? Shocked and upset, I just about managed to say that I did actually have ‘a problem’, but it felt like too much to try and explain more.

The notion of visible and invisible illness is something which we hear a lot about nowadays but for me, the issue isn’t as simple as what people can and can’t see – it’s about what people do and don’t expect. 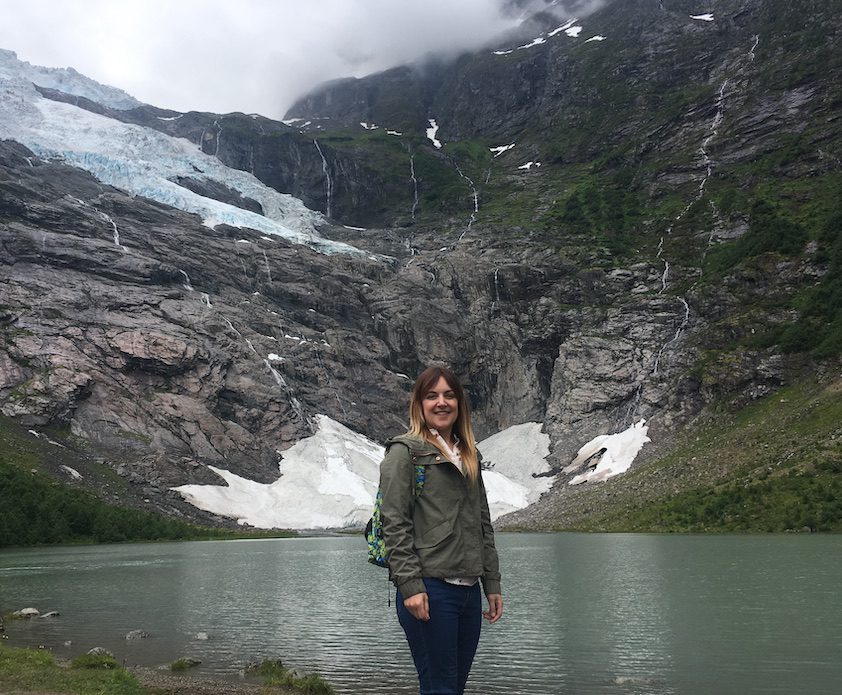 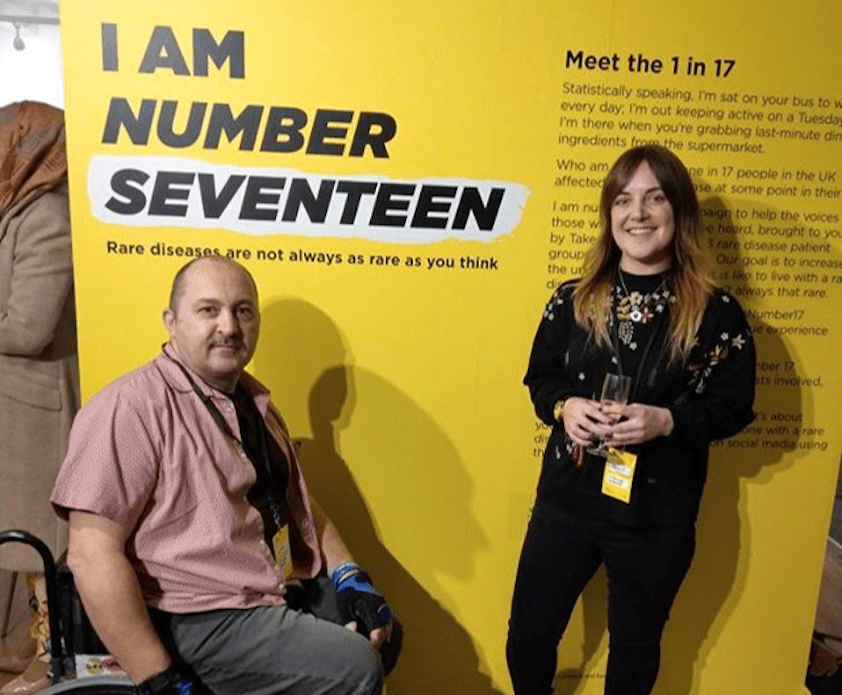 My condition, XLH (X-Linked Hypophosphataemia) is a rare disease which causes bones to be under-mineralised and is characterised by progressive bone pain, stiffness, and discomfort, something also compounded by multiple orthopaedic surgeries. I count myself lucky that I can stay mostly active, but I often have to make adjustments to my activities and routine to manage my symptoms. Through trial and error, I had worked out that the priority seats, while not perfect, were the most comfortable for me on such long journeys.

But despite the difference it made to my pain this wasn’t the first time I had hesitated or felt like a fraud using a priority seat, and it wouldn’t be the last. Part of me almost agreed with the other passenger – did I deserve to sit there? Was I the ‘sort of person’ those seats were intended for?

XLH is so rare and it’s pattern of symptoms so unique, there isn’t a common definition of disability into which it neatly fits, or into which my experiences fit.

When society’s expectations of health, like those of my fellow passenger, tend to be black and white, my XLH leaves me in a constant grey area as to where I belong – Was I using that seat because it was my preference, or was it my right? And who gets to decide?

It’s something I’ve thought a lot about as I’ve become more involved in the rare disease community. The value of recognising the impact of ‘Chronic’ conditions is something which is gaining much needed traction in medical and social settings, as well as conditions which are less visible, and the two often intersect. Learning that my XLH can be defined as chronic has certainly helped me to accept how it fits in my life and that I have valid grounds to access support as and when I need it, even if it might not be all the time, and if it might not be obvious to other people.

Now I have a sunflower lanyard which I can use at the airport or when I’m shopping on my own, and I was able to get a badge through the local council which says ‘Please offer me a seat’, to use on public transport. In one way these feel like a shield from judgement and challenge when I need help, but they also serve to do something deeper. Whereas before I looked outward to other people to define me and would try and fit their expectations, now I can proactively spread a message about the different ways illnesses can affect people, and that it might always be how you expect.

For me, in creating more awareness that rare diseases are collectively common through campaigns such as this one, we have an opportunity to break down the rigid definitions that people hold of health and what is ‘normal’ and see that the picture is rarely that straightforward. At the very least, I hope it will give people pause when they see someone in a position like mine to think that I might not be lazy or trying to cheat the system, there might just be a story there that you haven’t heard before. 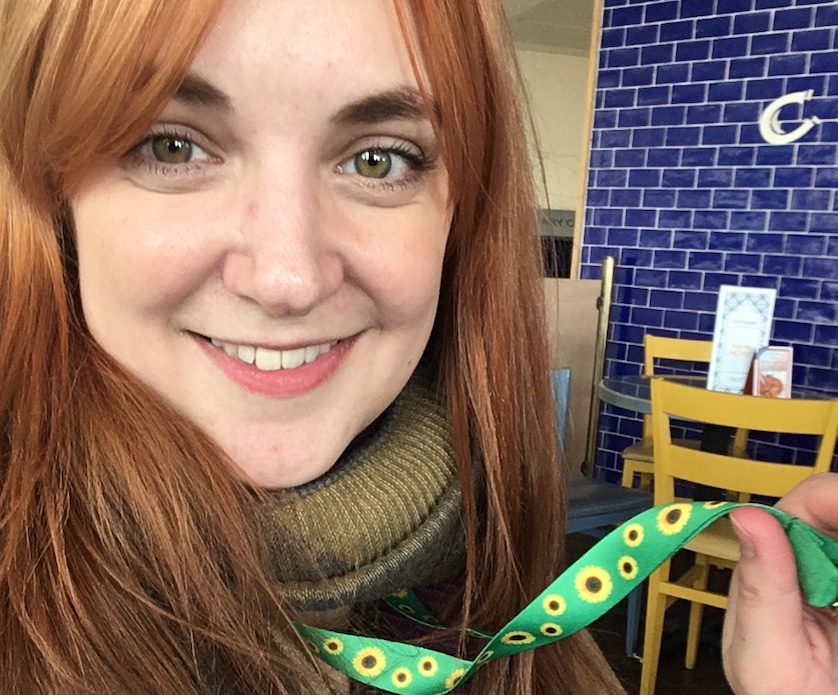 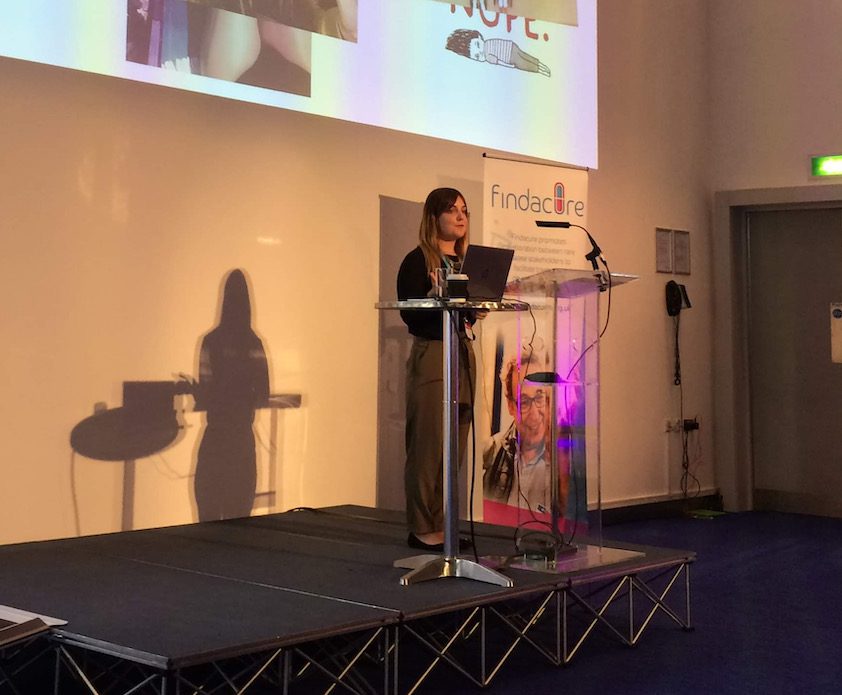