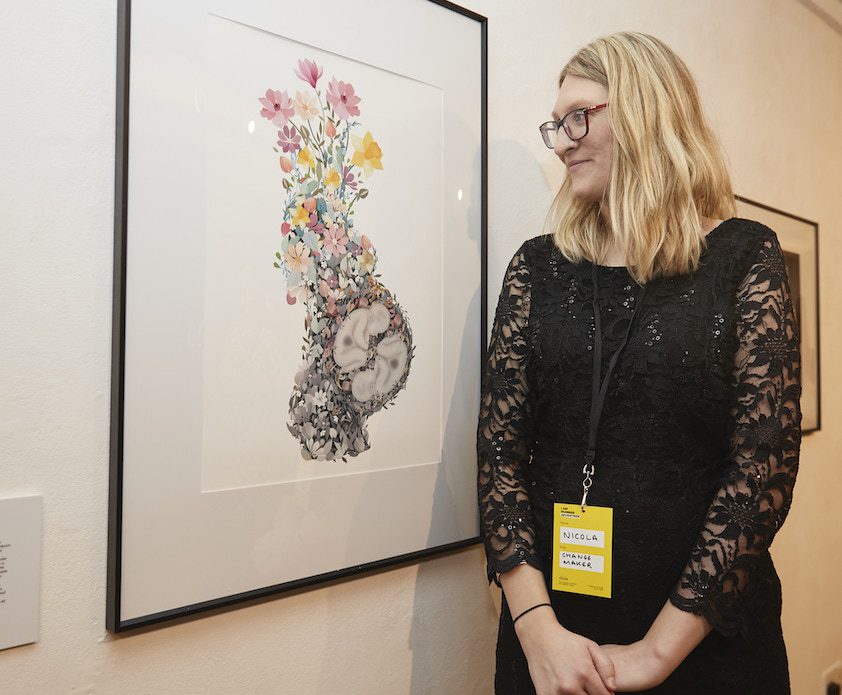 2017: I once worked at a place where it became a requirement to wear gloves.

Due to me having “toddler fingers” as they have been called, I have to wear the smallest of small gloves, or a child’s pair. This is because I live with Feingold Syndrome and have a shorter fifth finger that curves inwards as well as webbed toes.

I went to visit the workstation to collect my gloves, only they didn’t have the size I needed. I picked up a pair that were available to me, went to my desk and struggled tremendously.

I stopped to look up when I noticed two members of staff staring at me. One of them a supervisor, the other a team leader.

One of them commented:

“That’s her, there, the one with freaky fingers”

They both laughed and carried on staring.

As I found the job through an agency, I was scared and worried that I would let them down.

I walked away, went to the toilet and cried.

I went to find someone in management who I could trust, to put a complaint in.

Let’s just say, not much got done about it.

I didn’t stay much longer.

When I was a girl aged about 9 or 10, my mum caught me trying to saw my webbed toes apart as I thought they were not normal looking.

My parents were distraught, so they took me to see our GP who referred me to a specialist.

But when I was listening to him, I didn’t like the sound of the procedure.

In order to make my feet “normal looking” the doctors would have to do lots of skin grafts.

I decided there and then that I didn’t want that for me.

My parents and brother have been so supportive of me whilst growing up. And still are today.

My fiancé is the best. He loves me for me.

He never even noticed my feet or fingers, not until I told him. They don’t bother him.

In the future I’d like to try and set up a charity organisation as I know there isn’t one for people living with Feingold Syndrome and support more genetic testing to see how it can be prevented in future babies.