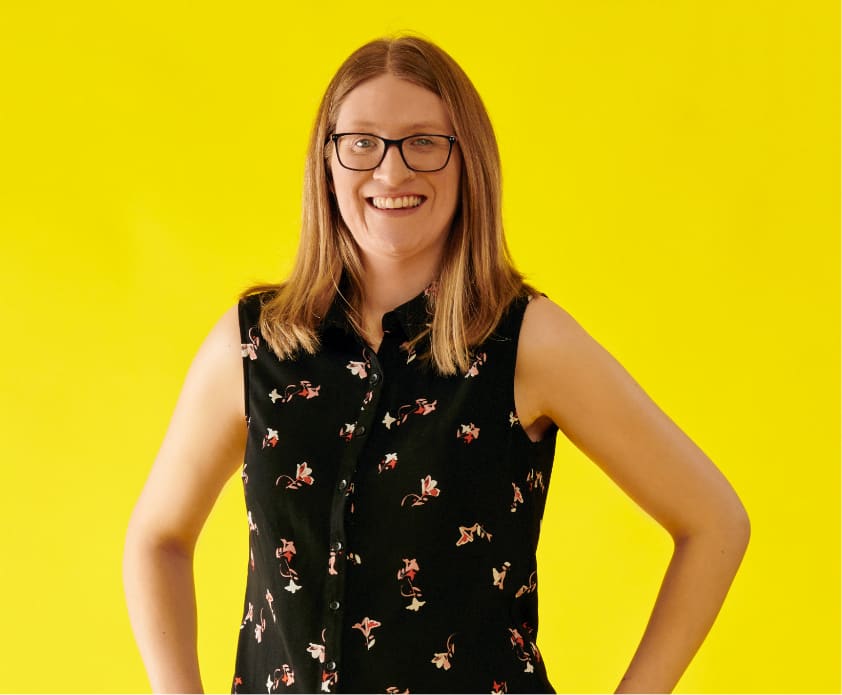 I live with Feingold syndrome. I suffer from the shortening of my fifth finger that curves inwards, and also have webbed toes. I was often bullied at school because of them.

I struggled as a teenager relating to friends, once you have the label of “freak” that label sticks and I became more withdrawn. Consequently, upon leaving school my mental health took a nosedive and I found it difficult to build and maintain relationships, both with friends and work colleagues.

In 2014 I became pregnant for the first time; it was at the twelve-week scan where the abnormality was picked up. I was expecting twins. Further scans revealed one of the twin’s brain was forming outside the skull and had a cleft lip and one of their feet and hand were deformed. This baby, Layla, was terminated for the safety of the other twin and me. At 26 weeks, William was born, weighing 728g. Due to being born so prematurely and having a duodenal atresia (the first part of the small intestine is closed off rather than being a tube. This stops food and fluid passing from the stomach into the intestines.) unfortunately William only survived 58 days. William and Layla are buried together.

This artwork is inspired by Nicola’s journey with Feingold, the impact of the syndrome on her unborn twins, and their subsequent loss of life. I wanted to symbolise the hurt and sadness around the babies by representing this area with more angular shapes and wilted leaves and flowers, as well as a black and white colour palette in this section. The detail on the babies’ abdomen represents a ‘double bubble,’ (intestinal atresia*), which is a symptom of Feingold. Moving upwards from the babies and the area around the womb colour begins to gradually creep into the image, as new life grows back into their mother, Nicola, whom I represented by using bright flowers, new blooms and fresh leaves. The three of them are all connected, and all returning to, and being represented by, nature.

* Intestinal atresia is a broad term used to describe a complete blockage or obstruction anywhere in the intestine.

Chloe is based in Brighton and works as a freelance illustrator alongside textile design work and her clients include H&M, WGSN and a variety of magazines and publications. Chloe has a quirky, unusual style routed in storytelling and exploring what happens when unexpected paths cross, be it objects, people or animals. Chloe often works with carefully limited colour palettes and her drawings have strong elements of nature within them. 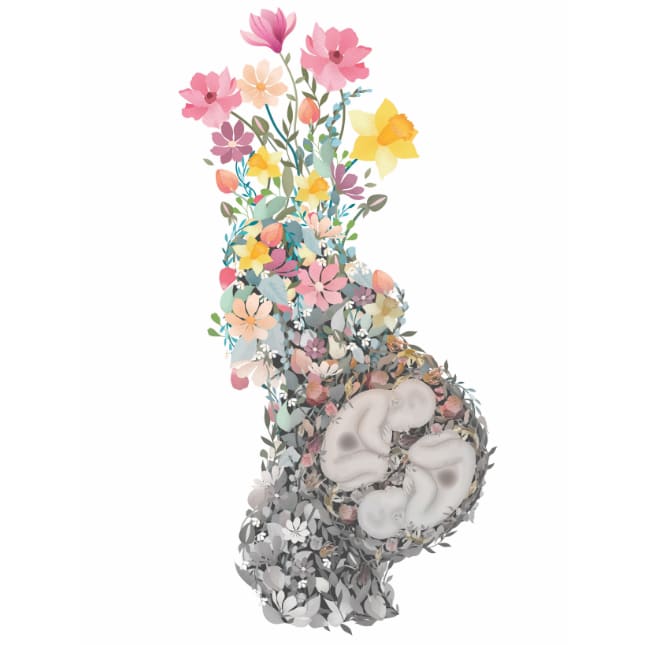 This campaign isn’t just about us – it’s about you. If you live with or care for someone with a rare disease, share your experience on social media using the hashtag #IAmNumber17.

Show your support for the campaign