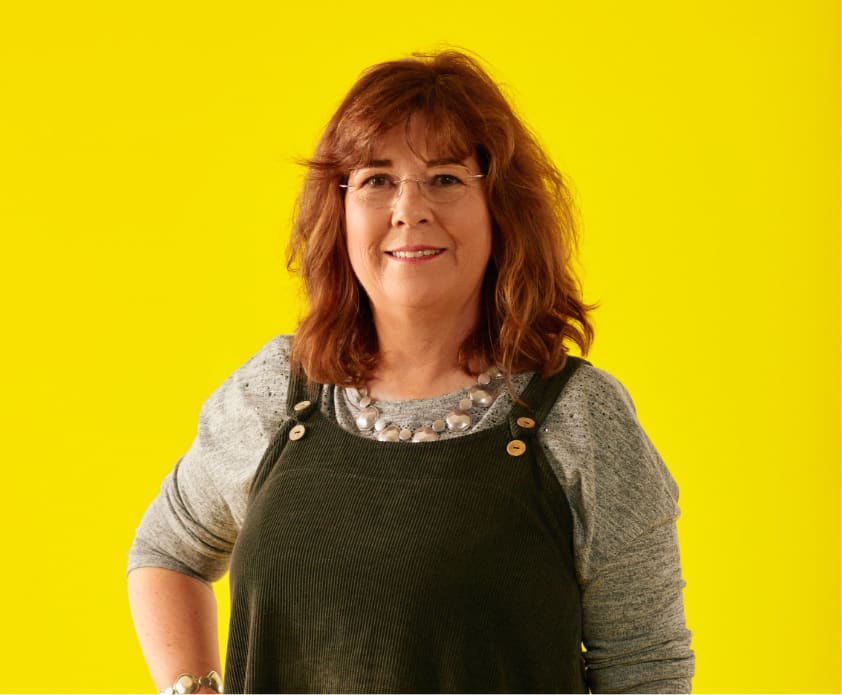 My diagnosis happened when I was 52 years old. They thought I was okay at first, but by the time I was 6 months old I wasn’t able to sit up. I was forced to take part in sports at school. I used to get a lot of pain in my legs. I used to get severe shooting pains and terrible back ache.

As I got older, I got worse. I had two beautiful girls, but as soon as they were old enough, I taught them that due to my sciatica, they would have to be like little koalas and hang on to me, rather than picking them up. The pain and workload took its toll and I ended up having a breakdown. I felt unsure of the diagnosis and was really struggling with pain and getting nowhere with doctors. I was always told it was growing pains and a bit of ‘wear and tear’.

I had met this nurse, and she was going through my results and said, ‘your alkaline phosphatase is really low’. At that point I returned to my GP armed with my evidence and he began to look into it. He referred me to a metabolic specialist. I was 52 at this point. After about a year of tests he diagnosed me with hypophosphatasia.

I am number 17 launched in January 2020 with an art exhibition at the Oxo Gallery, showcasing each changemakers experience. Each changemaker was paired with an artist to create a bespoke piece of artwork, ranging from paintings, photography to physical installation. Below you will find information on the artwork created and the artists profile.

A PORTRAIT OF MEL WILLIAMS

This piece depicts a portrait of Mel Williams, who lives with hypophosphatasia (HPP); an ultra rare progressive metabolic bone disease. This artwork, which has been painted using layers of wax and oil paint, observes Mel surrounded by poppies. This is significant as Mel herself is a painter, who predominantly works with wax. She speaks of the strength painting gives her when coping with HPP. Pie wanted to capture this in her portrait through the inclusion of the poppies, which pay homage to one of Mel’s previous artworks entitled ‘Remembrance’.

Pie Herring is a Guildford-based artist, who graduated from The Edinburgh College of Art in 2018. Herring prepares her canvases by building up layers of wax and oil paint, which she later reveals by scratching into the painted surface. This process gives each painting an array of varied textures which enhances the sculptural quality of each piece. Previous explorations focus mainly on issues that relate to gender and social politics, with a particular focus on representations of females within mainstream popular culture. 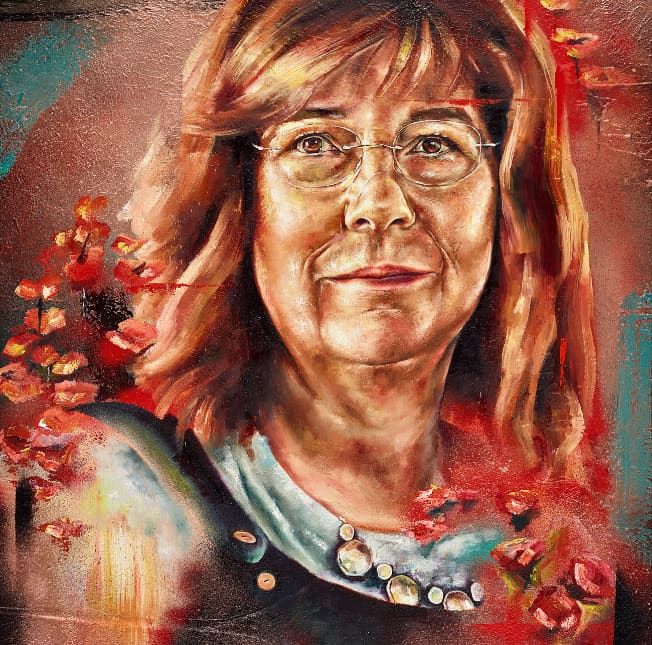