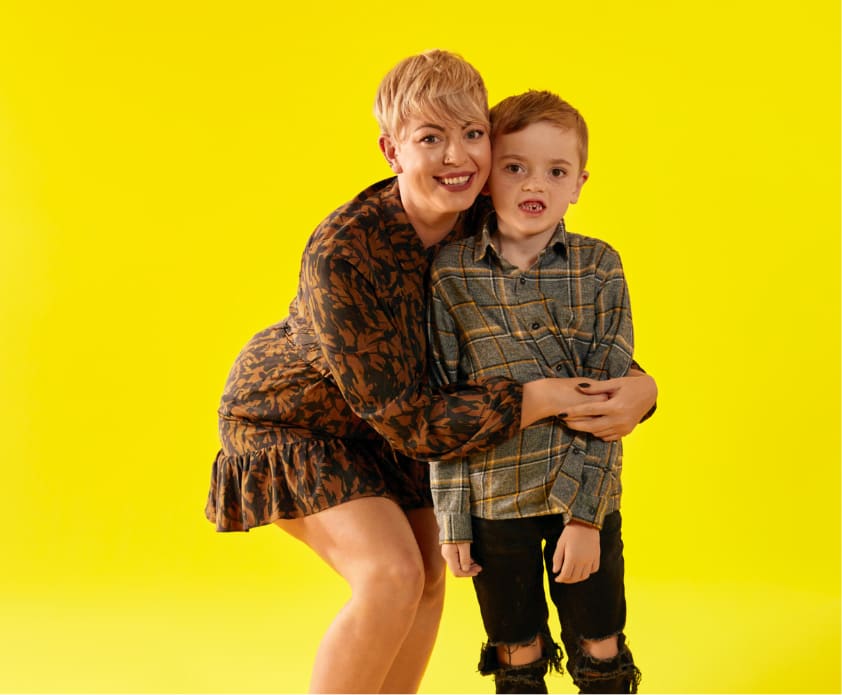 Ronnie has MPS II, which is also known as Hunter syndrome. How I describe it is that he doesn’t have a bin man, so he has been born without an enzyme in his body that filters out toxins and waste. His treatment helps clear out some of the waste products and stops his bin bags piling up.

Before he started his treatment, he stopped walking because his hips were so sore, his knees were sore, he had hearing aids because he couldn’t hear, he couldn’t speak at all. He was tired and he was going to bed all the time. If he didn’t have the treatment he has now, he would be a lot worse than he is, so we’re thankful, and really grateful that he does have it.

I would like to raise more awareness of the different rare conditions and make it easier for people to get diagnosed, so you don’t have to wait so long and fight for everything.

I am number 17 launched in January 2020 with an art exhibition at the Oxo Gallery, showcasing each changemakers experience. Each changemaker was paired with an artist to create a bespoke piece of artwork, ranging from paintings, photography to physical installation. Below you will find information on the artwork created and the artists profile.

This was such an interesting campaign to be involved in. It feels incredibly special to be creating artwork for a client who wants to make a real change by raising awareness of rare diseases. Combining creativity with this sector in particular feels like an exciting and fresh approach which I’m really proud to be a part of. It was a real privilege to work with my changemaker and understanding more about their lives and the day to day challenges that they meet, and in particular, to understand the incredible journey that they have been on together.

Sarah Peters is a London-based illustrator/artist focusing mainly on human forms and showcasing a depth of emotion thorough body shape, expression and colour. She works in pencil and inks and well as digital art. 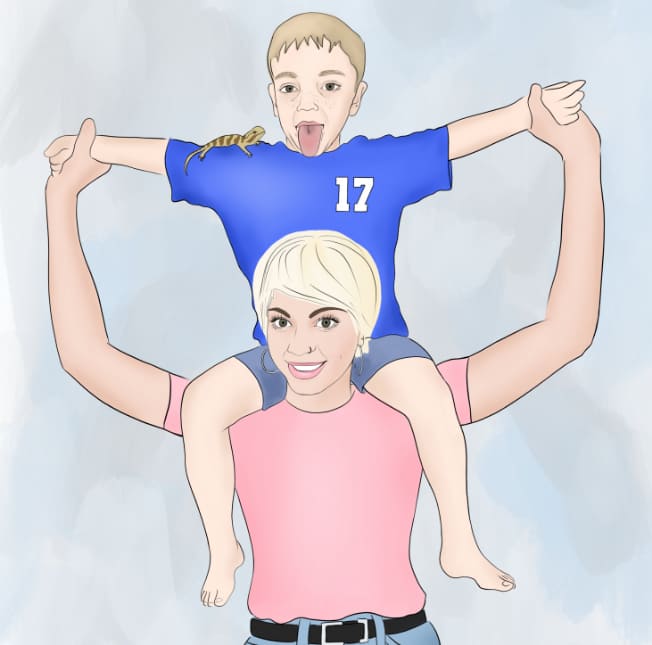